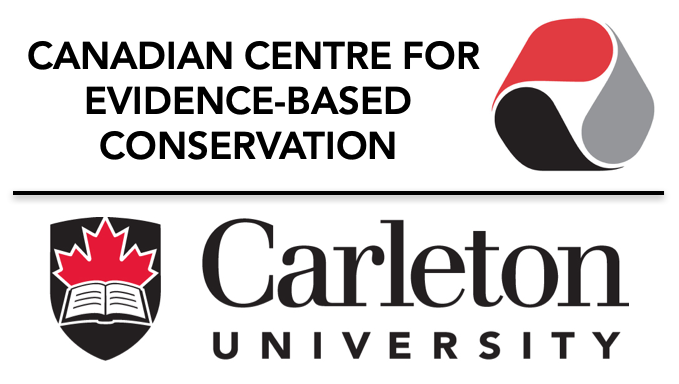 Dr. Steven Cooke is the Director of the Canadian Centre for Evidence-Based Conservation at Carleton University (Ottawa, Ontario). CEBC members conduct evidence syntheses to support evidence-based decision making and policy development. The Centre produces evidence syntheses that offer a traceable source of evidence and repeatable methodology to inform conservation actions that are defensible and rational. The Centre works closely with several allied agencies including Environment and Climate Change Canada, Fisheries and Oceans Canada, and Parks Canada and strives to build capacity through training and awareness with the hope that evidence-based management is the future of environmental conservation in Canada.

Carleton University has significant strength in the areas of conservation science, the environment and public policy and this Centre codifies those relationships and provides a mechanism to be more relevant to government agencies with environmental portfolios.  The Centre is the only one of its kind in Canada thus ensuring that it is regionally and nationally relevant yet connected with global efforts.