Environmental Evidence > CEE Officers and Board

CEE Officers and Board 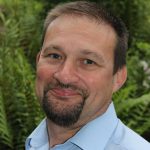 In 2007 Andrew co-founded the Collaboration for Environmental Evidence (CEE) and was Chair of the Board of Trustees until the end of 2017. Currently Professor of Evidence-Based Conservation and Director of the Centre for Evidence-Based Conservation at Bangor University, Andrew is also Editor-in-Chief of the CEE Journal ‘Environmental Evidence’. He has served as President of the European Section of the Society for Conservation Biology and on the global Governing Board and as Vice-President of the British Ecological Society He has authored over 100 scientific papers and 25 CEE Evidence Syntheses. 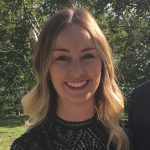 Jessica Taylor – Communications Officer and Secretary to the Board

Jessica is a research biologist in the Fish Ecology and Conservation Physiology Lab at Carleton University in Ottawa, Canada and is a member of the Canadian Centre for Evidence-Based Conservation. Jessica became the Communications Officer for CEE in 2017 and the Secretary to the Board in 2018.  At the Canadian Centre, Jessica is actively involved in multiple CEE systematic reviews and maps with a focus on fisheries management.  Jessica is an endorsed CEE trainer and has delivered introductory workshops to scientists within the Federal Government of Canada and has trained and mentored several graduate students at Carleton University.

CEE Board of Trustees 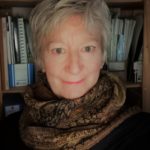 Kathryn is an independent advisor and non-executive director, and an international leader in building networks of collaboration to deliver sustainability and ensuring rigorous evidence-based decision-making behaviours in public and third sectors. She has 18 years’ experience as a senior advisor in UK government agencies and an earlier 18 years in the Middle East, Africa, Caribbean, South America, and Southeast Asia delivering complex, politically sensitive programmes for CIDA, Commonwealth Secretariat, DfID, EC, World Bank, etc. focussed on sustainable development through evidence-based adaptive management. Kathryn has served as a chair and member of numerous government, academic and charitable boards and committees in the UK and internationally. She has been on the Board of CEE since 2017 and became Chair in May 2021. She is also an Honorary Professor at Swansea University and a Member of their Governing Council, and on the editorial boards of two academic journals. 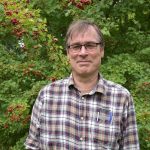 Henrik is the founding and current director of the Centre for Environmental and Climate Research at Lund University in Sweden and coordinator of the strategic research area Biodiversity and Ecosystem Services. His research has to a large extent focused on the consequences of human-caused land-use change on biodiversity and associated ecosystem services. An important focus of his professional career has been directed towards making use of environmental science to inform management and policy. To this end he has contributed to stakeholder dialogue at levels from citizens to the government, including being a member of Swedish Ministry of the Environment’s commission for environmental research and the Swedish Ministry of Education’s research committee, leading an evaluation of the environmental consequences of the Common Agricultural Policy in Sweden, and acting as expert for Swedish authorities. He was also a member of the board of the executive committee of Mistra Council for Evidence-Based Environmental Management, which strived to make use of science for environmental management by promoting systematic reviews and maps. 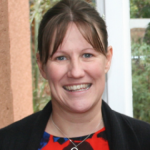 Prof. Ruth Stewart is Director of the University of Johannesburg’s Africa Centre for Evidence and chairperson of the Africa Evidence Network. Having grown up in Malawi, she studied in the UK and has worked in South Africa since 1998, as well as with University College London’s EPPI-Centre. Her work includes the production of evidence for decision-makers, as well as supporting civil servants to access and make sense of research. She has a background in social sciences, and has worked across academia and government with a commitment to engage with stakeholders in her research. She has worked for nearly twenty years on the production of synthesized evidence to inform decision-making, including systematic reviews, rapid evidence assessments and evidence maps. She is committed to making a difference through her work by ensuring that research evidence is useful and used.

As well as conducting systematic reviews for Cochrane, the Campbell Collaboration, the EPPI-Centre, and the Collaboration for Environmental Evidence, Ruth has worked with colleagues at McMaster University, the International Initiative for Impact Evaluation, the International Fund for Agricultural Development and many more. As Chairperson for the Africa Evidence Network, she leads a growing community of practice of over 2000 people across Africa committed to increasing the usefulness and use of evidence for decision-making to reduce poverty and inequality in the region. 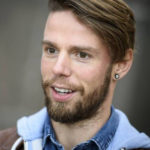 Neal is a Senior Research Fellow at the Stockholm Environment Institute and is currently on an Alexander von Humboldt Experienced Researcher Fellowship a the Mercator Research Institute on Global Commons and Climate Change. Neal started working in evidence synthesis at CEBC in 2012 with Andrew Pullin, and has since focused on evidence synthesis methodology, developing and refining frameworks and tools to increase efficiency, rigour and transparency in systematic reviews and maps. Neal works across subject areas, including health, sustainability, development and conservation. Neal is also Co-chair of the Campbell Collaboration Climate Solutions Coordinating Group and Coordinator of the Evidence Synthesis Hackathon. 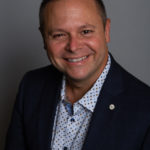 Steven Cooke is a Canada Research Professor in the Institute of Environmental and Interdisciplinary Sciences and Department of Biology at Carleton University. Dr. Cooke is the Director of the Canadian Centre for Evidence-Based Conservation.  Research in his lab focuses on conservation science, environmental evidence, applied ecology, and the human dimensions of natural resource management.  He is particularly active in freshwater and marine systems but has broad taxonomic, geographical, and realm interests.  Cooke also serves as Secretary of the College of the Royal Society of Canada and is Editor in Chief of the journal “Conservation Physiology”. 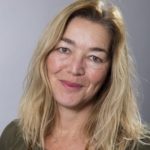 Ruth Garside is Associate Professor in Evidence Synthesis at the European Centre for Environment and Human Health (ECEHH) at the University of Exeter, UK.  She is a social science researcher with over 20 years’ experience using quantitative and qualitative research methods to investigate a range of environment, health and social care questions, including those informing policy makers. She is particularly interested in synthesising a broad range of evidence to investigate complex interventions and has a particular interest in methods of synthesis for qualitative research.  She coordinates evidence synthesis activity at ECEHH into the linkages between the environment and human health, and is also involved in methods development.  She is Co-Chair of the Methods Group for Campbell Collaboration; Exeter lead for the UK Centre of the Collaboration for Environmental Evidence;  a convenor of the Cochrane Qualitative and Implementation Methods group; and a Core member of GRADE-CERQual, developing approaches to help researchers and policy makers assess the confidence placed in the findings of Qualitative Evidence Synthesis. 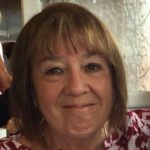 Gill Shepherd is currently Visiting Professor in Development Practice in the Anthropology Department of the London School of Economics and Political Science. Previously she worked for 18 years at London’s Overseas Development Institute, leading its Forest Policy and Environment Programme, and then as a consultant poverty adviser at IUCN (the International Union for the Conservation of Nature) in Gland, Switzerland.  She has served on several Boards, including that of CIFOR (the Centre for International Forestry Research) in Bogor Indonesia, where she was a Board member for 3 years and Board Chair for 3 years.

She has conducted comparative, multi-country research and advisory work for a wide range of multilateral and bilateral donors and NGOs. She has also taken part in the production of Environmental Evidence Reviews. Above all she has focused on bringing complimentary kinds of knowledge together, and worked on helping policymakers to understand what local people know, and what they need. Often this involves playing the middleman who translates local experience into a language which policymakers and decision-makers can understand and act on. Not always easy and not always successful, it is nevertheless key to enabling appropriate evidence-based action. 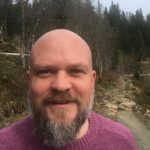 Matt is a Researcher at the Norwegian Institute for Nature Research (NINA). He is an applied ecologist working to improve the use of evidence in decision making for threatened species in Norway and globally. Matt is focused on promoting open research approaches in ecology and on developing tools to make evidence synthesis more accessible without compromising rigour. He has a particular interest in using decision models to contextualise the results of evidence synthesis for conservation management. Matt has a strong sideline in the conservation of pheasants. His pheasant research is focused ​on Southeast Asia and he collaborates with local researchers on species such as Green Peafowl. 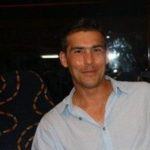 Dave is the Chief Scientist at the UK Joint Nature Conservation Committee, a fellow of the Institute of Environmental Science, and Chartered Scientist. He has over three decades of experience of working in statutory nature conservation bodies interfacing with both policy and on-the-ground management decisions. His work also includes the development of public health guidance and he is a member of the expert advisory panel to the UK National Institute for Health and Clinical Excellence (NICE). Dave is a trained ecologist but describes himself more as an interdisciplinary scientist with research interests in ecology, human health and public policy.

Dave has been an advocate for evidence-led decision making within the environmental sphere for over twenty years. He has driven the use of evidence reviews to underpin policy and practice in UK nature conservation and established the ‘What Works’ group within Natural England (the English statutory nature conservation body) which has systematic approaches to evidence review at its heart to shape both policy and delivery on-the-ground.

New Trustees are periodically sought to join with the Board of Trustees to help guide CEE towards achieving its mission and strategic objectives. Trustees need to be able to make a commitment to CEE and devote the necessary time, have strategic vision, independent judgement, an ability to think creatively and a willingness to take an active role in fund-raising. Please see full role description on our Opportunities page.