Posted on June 11, 2014 Categories: CEE Centres No comments yet
The UK CEE Centre includes 3 linked institutions, Bangor University, University of Exeter and Harper Adams University. The combined expertise and capacity at these three institutions gives the UK CEE Centre an enhanced ability to support evidence synthesis across the spectrum of environmental decision-making.
The Centre’s activity at Bangor University is led by Professor Andrew Pullin in the School of Natural Sciences. The Centre for Evidence-Based Conservation (CEBC) was the founding CEE Centre (see a brief history here) and Bangor still supports the CEE Executive Office as well as the Editorial Offices for our journal, Environmental Evidence, and the CEEDER Evidence Service.

The Centre for Evidence Based Agriculture (CEBA) at Harper Adams University, led by Dr Nicola Randall was established in 2012 to use evidence-based practice to support decision-making in agri-food policy, industry, practice and research. The CEBA carries out evidence synthesis research, and provides training and advice for agricultural and food chain organisations. Staff at the centre have specialised in developing systematic mapping methodologies, and in working with policy organisations to integrate evidence synthesis into policy decision-making.

The European Centre for Environment and Human Health (ECEHH), part of the University of Exeter Medical School was established in 2011 to research two core areas: emerging threats to health and wellbeing posed by the environment, and the health and wellbeing benefits that the natural environment can provide. Dr Ruth Garside, Senior Lecturer in Evidence Synthesis at the Centre is the CEE contact at Exeter. 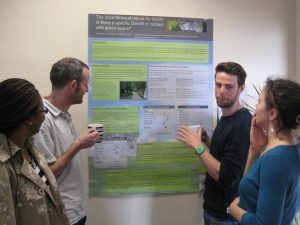 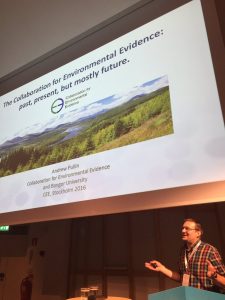 CEE activities of the UK Centre include

Catch up with our blog here